The Early Vote Center at 980 E. Hennepin Ave opens at 8 a.m. Sept. 17 for voters who wish to cast their ballot early and in person. Also Sept. 17, Minneapolis Elections & Voter Services begins mailing ballots to voters who have requested to vote early by mail. Learn more on the City website about how to vote early this year.

What’s on the ballot?

The mayor, City Council, Board of Estimate and Taxation, Minneapolis Park Board district and at-large seats, and amendments to the City Charter will be on the ballot this year. A sample ballot is available 45 days before the election and is an excellent resource for preparing to vote. See your sample ballot on the City website.

Due to the timing of State and City redistricting, City Council members elected in 2021 will serve a two-year term. In 2023 an election will be held for another two-year term for council members. No other City offices will be on the 2023 ballot. City Council terms will return to a normal four-year cycle with the 2025 municipal election.

Find more information on ranked-choice voting on the City website.

The City of Minneapolis is planning changes to its Owner Occupied Rehab Programs and is asking for your feedback.

What we hope to achieve

The City recommends restructuring both the financing and operations of our Owner Occupied Rehab programs. Key highlights from our draft recommendations include:

How you can help

We have published an online video summarizing our draft recommendations and a public survey is open to the public for feedback.

The City will host two public in-person engagement sessions to walk residents through the proposed recommendations. Please note: the video and survey linked above are the same content that will be shared at the meetings:

City staff are collecting early feedback through Tuesday, August 31 to inform the final staff recommendations to the City Council in late 2021. Revised Owner Occupied Rehab Programs are expected to be available for application in 2022.

Comments received and staff recommendations will be posted on the City website.

For questions or more information, contact the owner-occupied rehab team at [email protected]

The deadline to submit comments is Monday, August 23rd by 4:30pm. Please provide public comments to Emily Carr. If you or your group would like to meet to discuss the changes, or if you have questions, please contact Emily Carr at [email protected].

It is expected that these changes will be considered at the following meetings of the Minneapolis City Council and its committees: 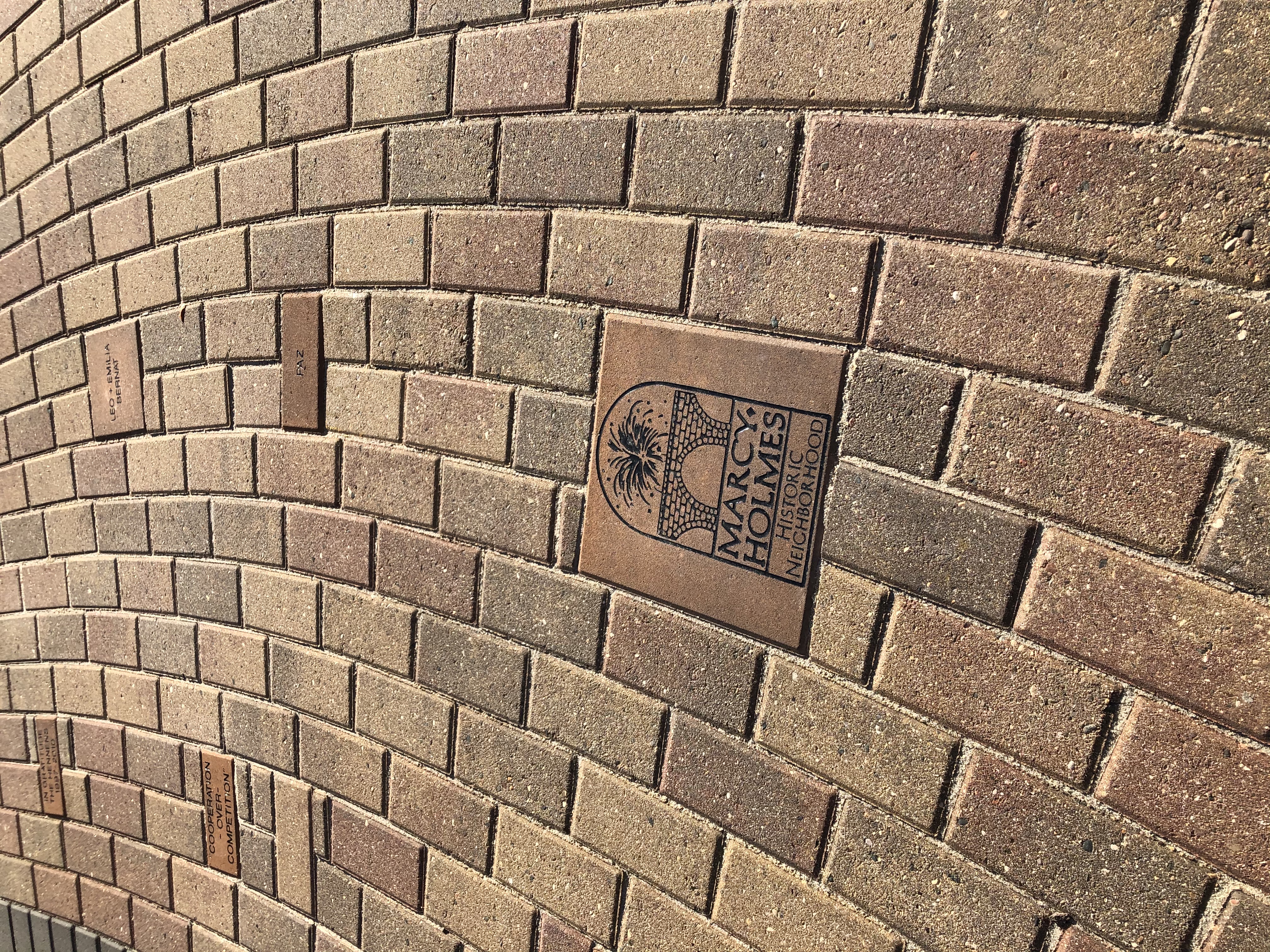 In case you did not know, Marcy Open School is changing due to the upcoming implementation of the Minneapolis Public Schools CDD (Comprehensive District Design) plan in the fall 2021. Marcy will change to a K-5 Arts Magnet from an Open K-8 Magnet. We are losing the "Open Concept" which was initiated by educators in 1972 in Southeast and our Middle School Option for this area. There is a link to the web site to submit memories of Marcy as an Open School in the community as well as events planned for the summer.
If you would like to mark your memories and honor a student present or past, teacher, family members, leader, community member or organization, word or phrase with a Brick on the Path to Peace Terry Labyrinth space outside Marcy Open School. Link to order: https://marcy.mpls.k12.mn.us/Marcy_Path_to_Peace_Terry_Labyrinth
With "Open" and Middle School no longer being present at Marcy, it is a great time to honor and commemorate that and mark your place on the Path to Peace with an engraved brick or donation of any size to the project.
The engraved Bricks start at $150 - $1000 and order form is on the Marcy Website or in the school office.
Although this is an ongoing fundraiser and we install annually, we will be installing a new order of bricks now, so please consider making your order ASAP to be included.
The Marcy Labyrinth is a community open to the public space. Designed for use in meditation, Peace and reflection where all are welcome.
Questions please contact [email protected] or Jacqueline Dekker -Travis/Coordinator - [email protected] with questions.
Read more

The suspect descriptions and times of the incidents have been varied throughout the day/night.  Here is some general suspect information gathered from recent reports:

• Suspects have numbered anywhere from 2 to 6 black males

• Weapons have been displayed and used to physically harm the victim

• Suspects have used physical force to take items from victim (i.e. punch to the head or knocked to the ground)

• Suspects have been reported to:

• Be assertive with your personal safety

• Walk with a friend and in groups

• Do not put yourself in harm’s way

• Some victims have fought back against the suspects, know your strengths and know how you will react in these type of incidents

• Based on recent robberies in the Marcy Holmes East Neighborhood

• Put your cell phone AWAY, most robberies have involved suspects taking cell phones

• DO NOT unlock or give your cell phone to anyone

• What are cars doing around you?

• Who is watching you text, call, or video call someone?

• Do not rationalize strange or odd behavior

At night carry a flashlight and light up the path you are traveling and use it to identify people and sounds around you.

MPD issues a Crime Alert when we notice a crime pattern. The crime pattern may be specific to geographic area, a time period, or specific method of crime.  To enroll in the MPD Crime Alert system, http://www.minneapolismn.gov/police/crimealert/police_crimealert_signup

To view crime maps around your area and to sign up for email crime alerts - http://www.minneapolismn.gov/police/statistics/index.htm.  You may also access information on police stops, crime data, arrest data, use of force, and other information.

This is a seasonal, part-time hourly position between 5-10 hours per week, last from April to mid-October. This position will work under the supervision of the MHNA Executive Director and Environmental Task Force Chairs.

Salary: $15-$17 per hour, depending on candidate qualifications and experience

• Recruit MHNA members and volunteers for projects and events

• Operations and logistics management for events

• Oversee, implement and report on various programs and projects of MHNA

• Assist with marketing and advertising MHNA programs, events and activities

• Demonstrated ability to work with diverse groups of people

• Able to lift up to 40 pounds, walk for extended periods of times, climb stairs

• Knowledge of Marcy-Holmes neighborhood and the University of Minnesota

Marcy-Holmes offers paid vacation and sick leave, as well as a flexible work environment. Health insurance is not provided by the association.

MHNA’s mission is to engage in projects that improve and enhance the quality of life in the Marcy- Holmes neighborhood. Our nonprofit serves historic southeast Minneapolis, from Dinkytown to St. Anthony Main, to many well-known points in between.

MHNA is an equal opportunity employer. MHNA will not discriminate against any employee or applicant for employment on the basis or race, disability, color, creed, religion, ancestry, sex, national origin, affectional preference or sexual orientation, citizenship, age, veteran status, marital status or status with regard to public assistance.

Click here for a PDF version of this information

Due to COVID-19, there is a vital need for protective and isolation shelter for people who are experiencing homelessness. Hennepin County’s Housing and Redevelopment Authority is purchasing the University Inn motel to continue providing temporary isolation shelter to people awaiting COVID- 19 test results or recovering from the illness.

The hotel will continue to provide short-term shelter for people experiencing homelessness who have suspected or confirmed cases of COVID-19, until they receive a negative test result, or have quarantined for the period recommended by medical professionals.

The county plans to work with current property management to operate the site and will continue its contract with Catholic charities to provide resident support and services, as well as maintain clear communication with the neighborhood. There will be a resident code of conduct. Hennepin County will continue to provide 24-hour onsite security services.

When this site is no longer required for pandemic response, Hennepin County will engage the local community and other stakeholders as it develops options for the future.

Hennepin County commissioners Angela Conley and Marion Greene and Hennepin County staff are committed to providing continued updates on this program. If you have additional questions or concerns, please contact:

Over the last couple of weeks, the 2nd Precinct has identified a pattern of thefts from local entertainment establishments and restaurants in the Dinkytown area.  In most of the recent incidents the suspect(s) description has been similar.  The main item that has been stolen are cell phones, iPhone and Androids. Here are the most recent approaches used by the thief’s:

• The suspect(s) start up a conversation and within seconds grab the phone from the victim’s hand,

The 2nd Precinct recommends the following:

• DO NOT unlock or give your phone to anyone

• Try not to put your phone in your back pocket

To view crime maps and MPD dash boards which has information on police stops, arrest data, use of force information and other important information: https://www.minneapolismn.gov/resident-services/public-safety/police-public-safety/crime-maps-dashboards/.