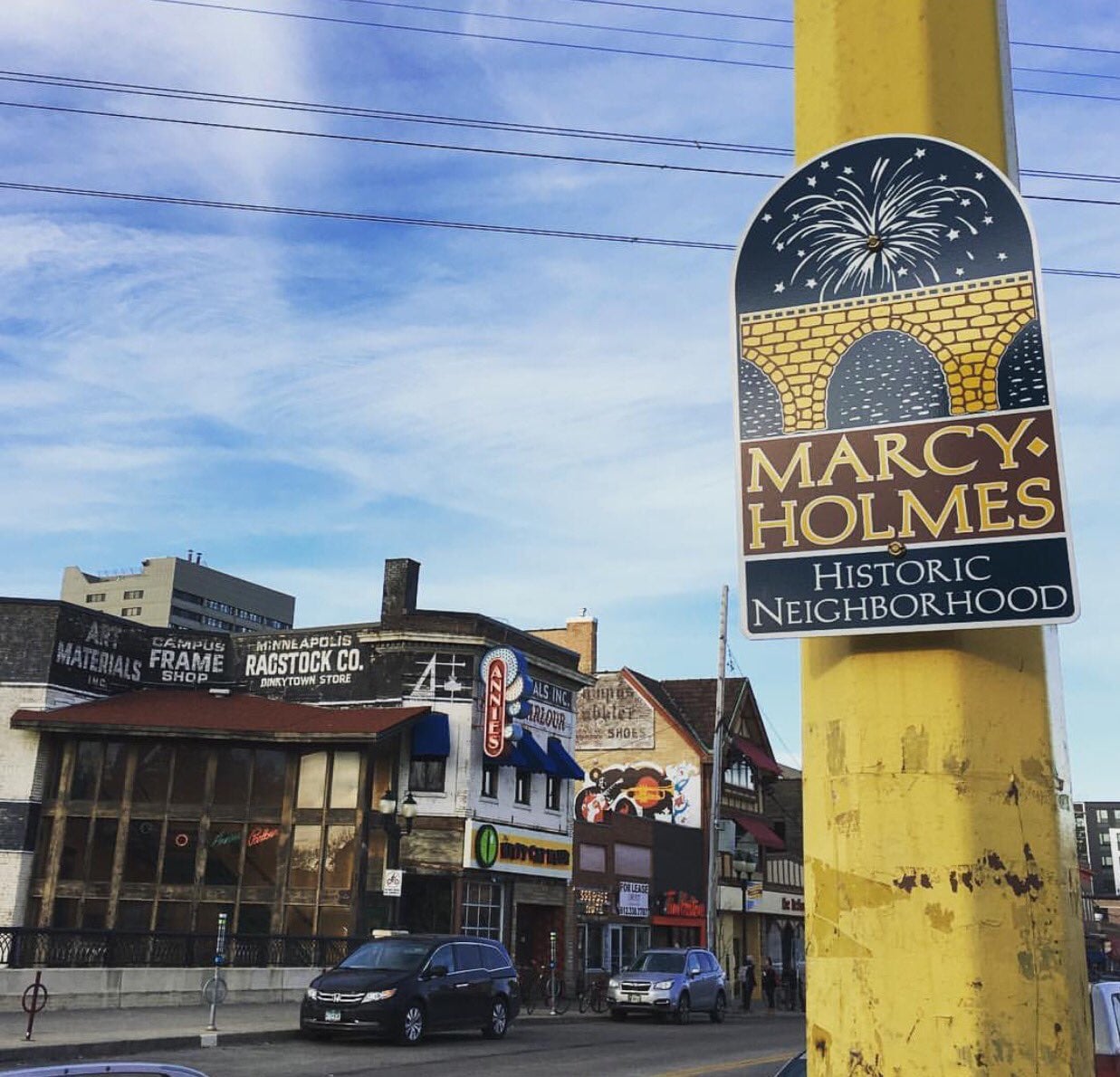 This is a hard day for me. Today is my last day with the Marcy-Holmes Neighborhood Association.
I started on June 2, 2014, about 7 weeks before our third kid was born. Now 8, our Beatrix has grown up knowing me tucked into and toiling away in a corner basement office called "Marcy-Holmes." It's actually First Congregational Church, but give her a break. She's 8. Well, almost 8. Beatrix has grown up being surrounded by office walls, business cards, and stationery with a wide variety of Marcy-Holmes lettering.
Here she is, helping me stuff MHNA fundraising envelopes in mid 2020, when we were all still reeling and dealing with the first months of the pandemic. 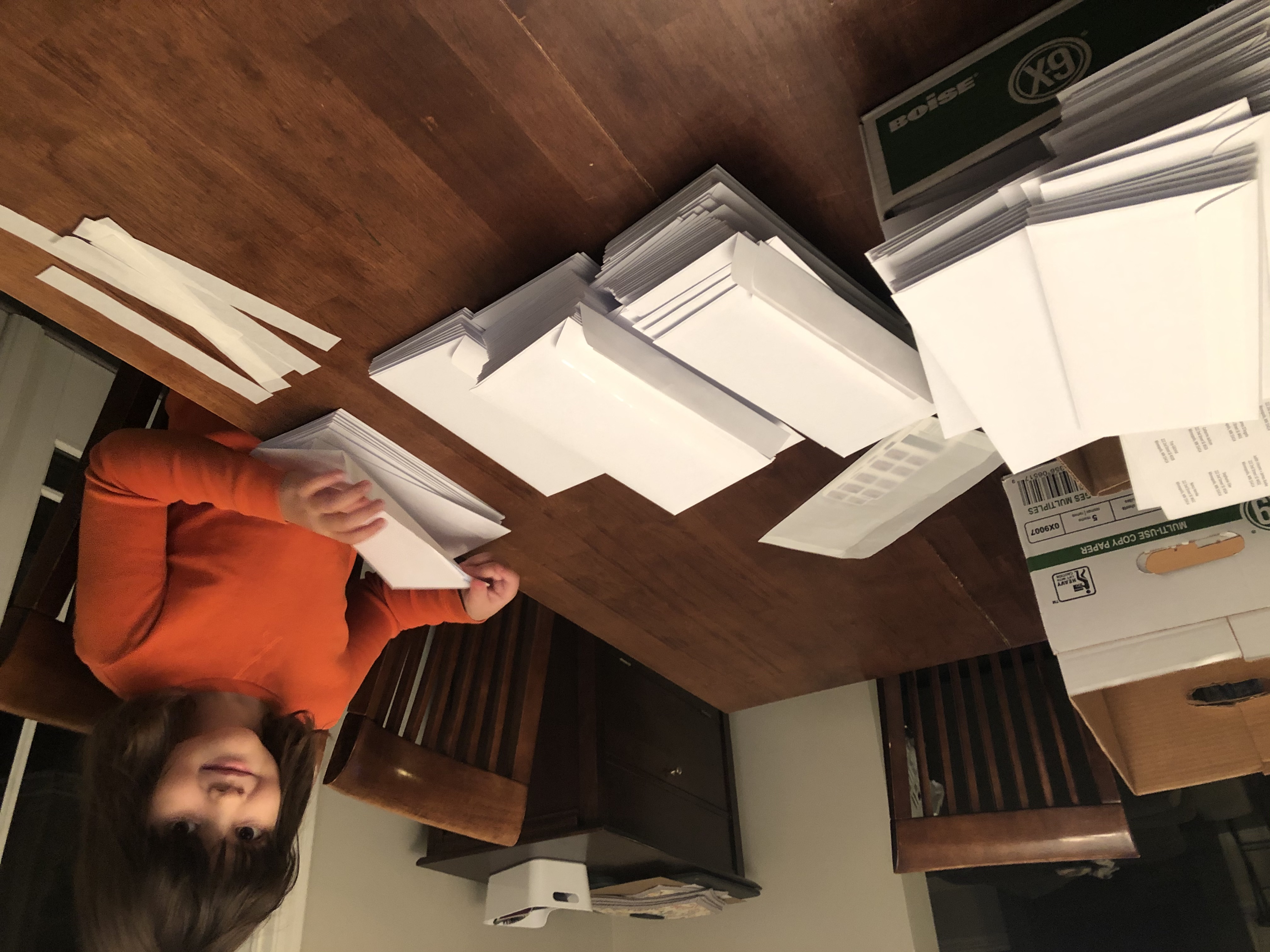 Although our older two children were not often as helpful, Hazel and Julius were truly raised in Marcy-Holmes as well. They remember the "old bridge" that we used to walk across when I picked them up from Miniapple Montessori on 5th and 12th. 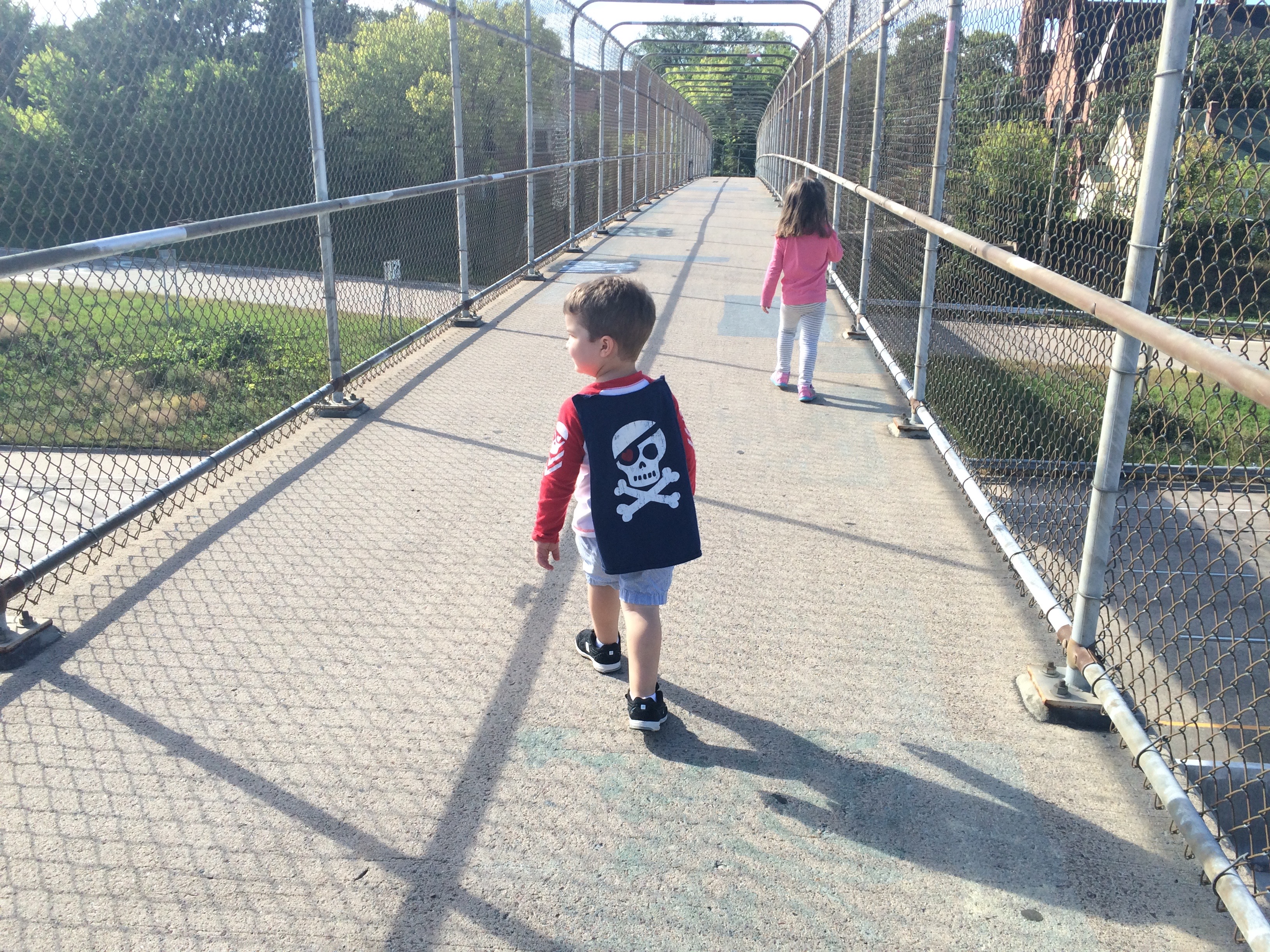 I used to cajole Hazel to add visual interest to some of the thousands of photographs I've taken throughout the neighborhood. 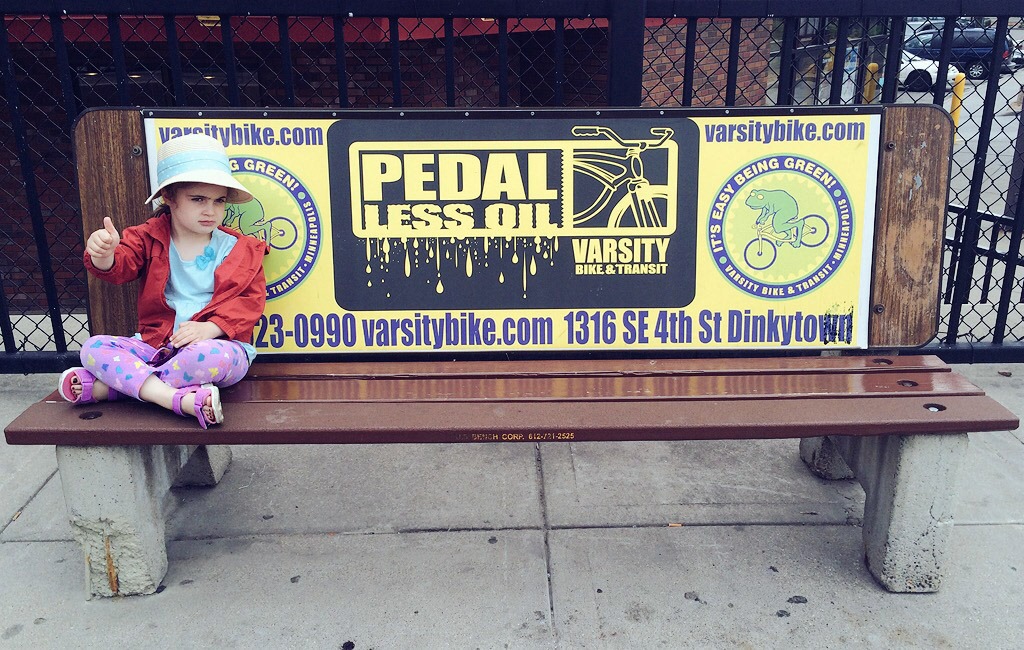 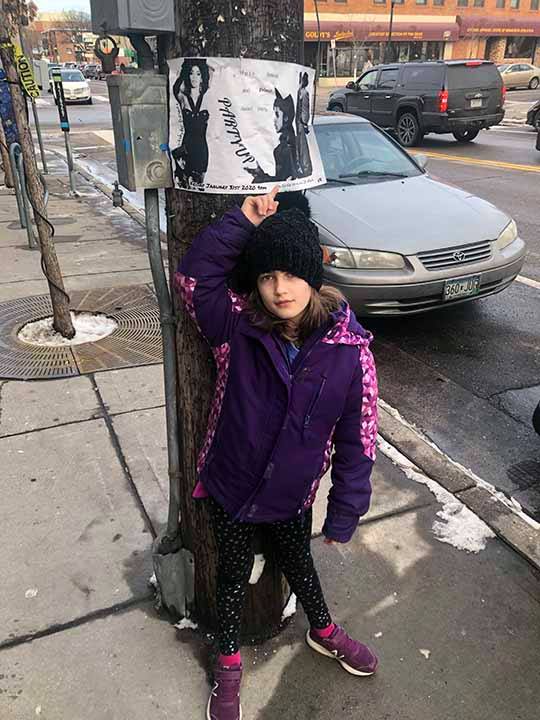 All 3 wandered around and collected rocks under the Stone Arch Bridge when the river was temporarily drained in 2020. 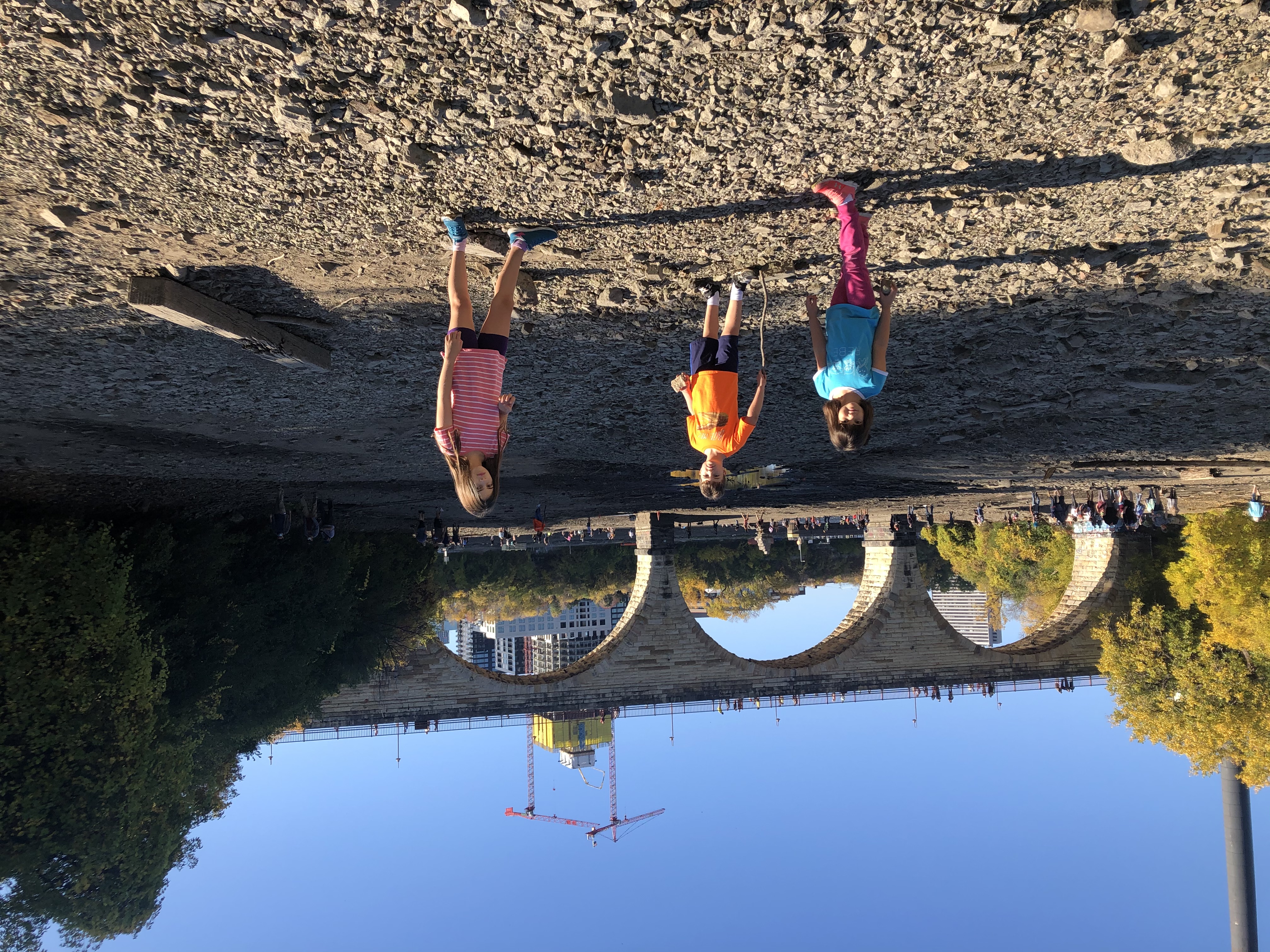 They were just mimicking, albeit at an earlier age, how I think I got my street smarts in Dinkytown at 17...starting when I first moved here in 1993. My first real cup of coffee was at the Purple Onion (yeah, the Real One on the corner of 14th and 4th). 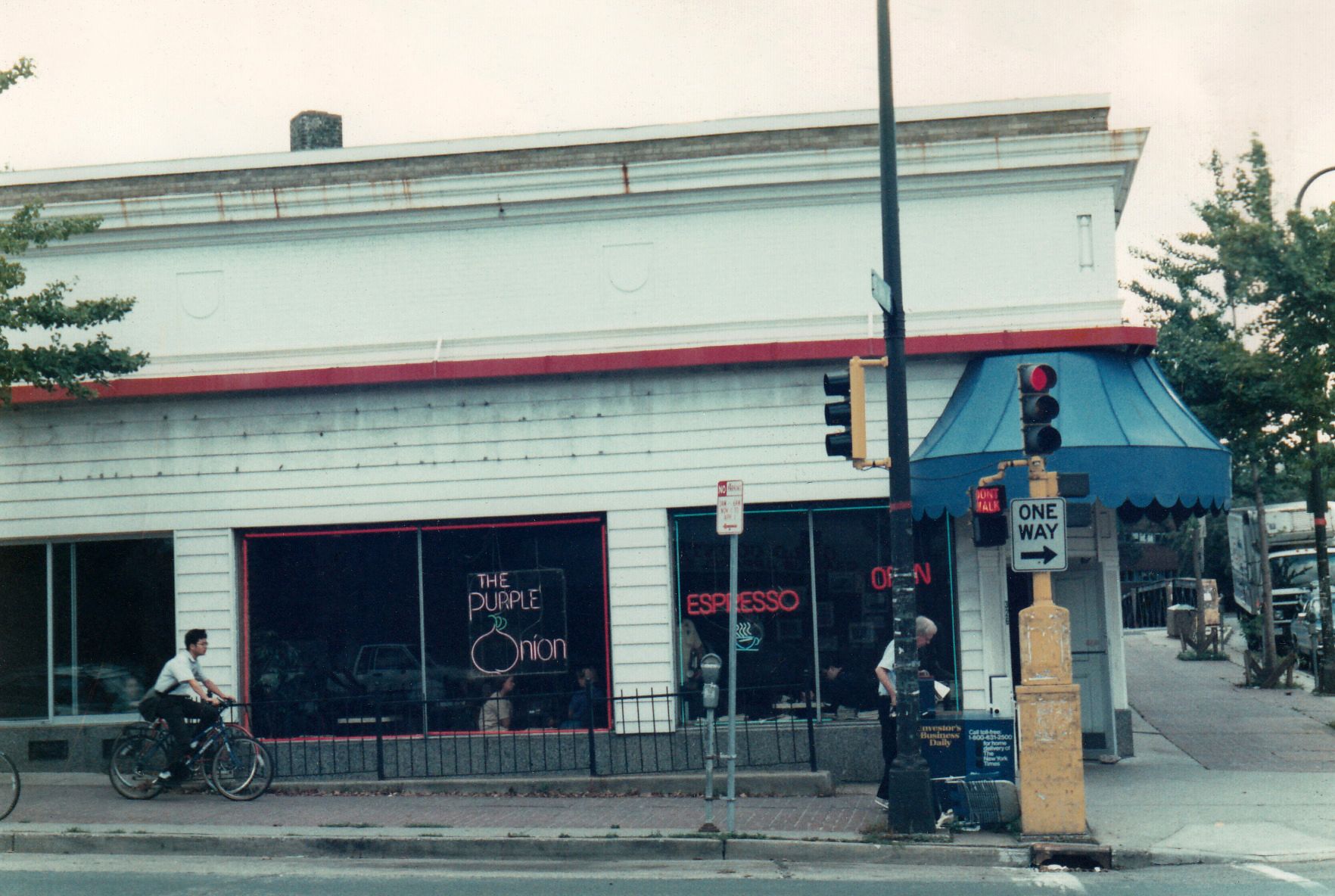 My pizza came from the lame Rocky Rococo on 14th: 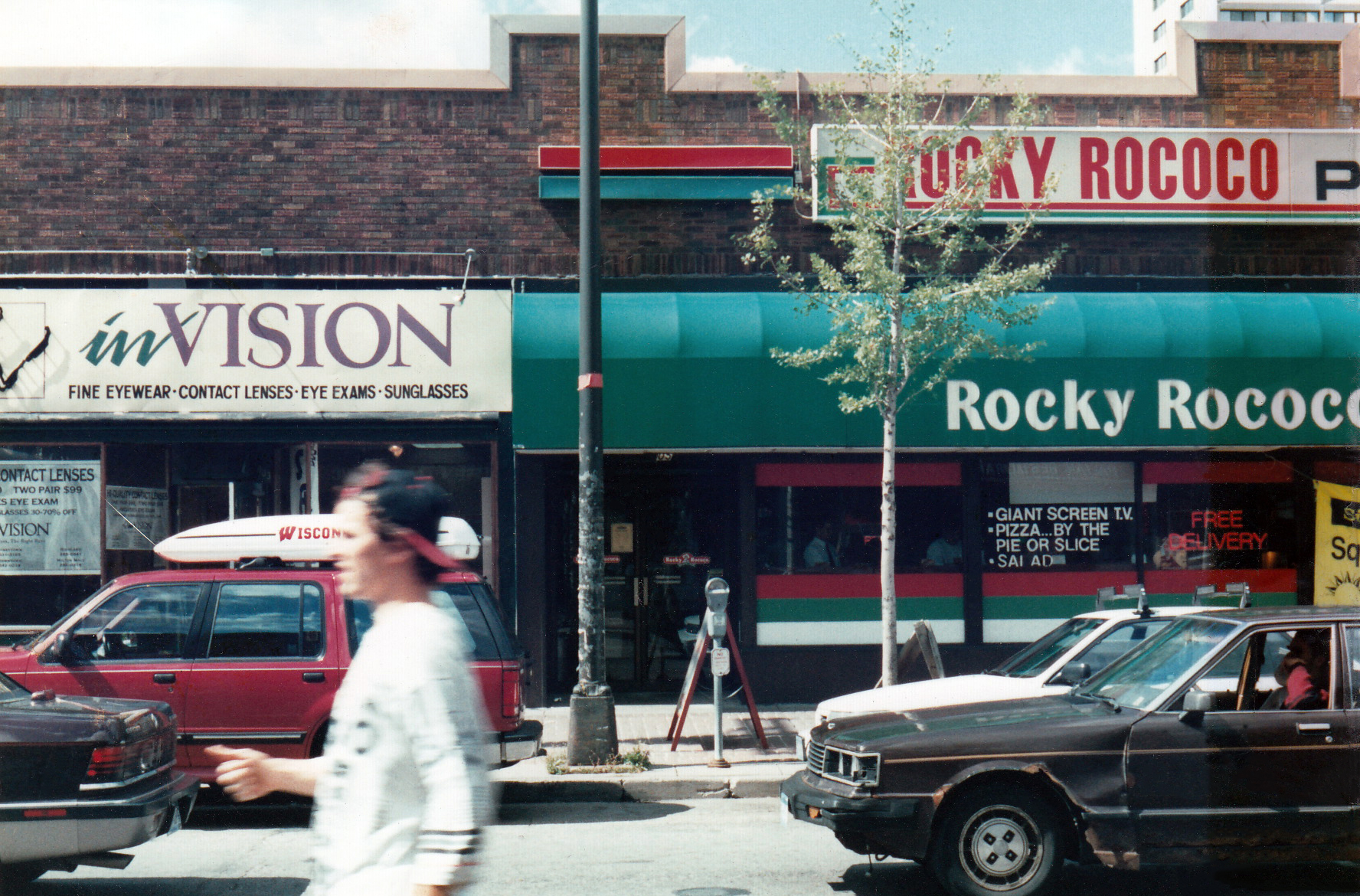 My clothes came from the Ragstock at 315 14th Avenue SE: 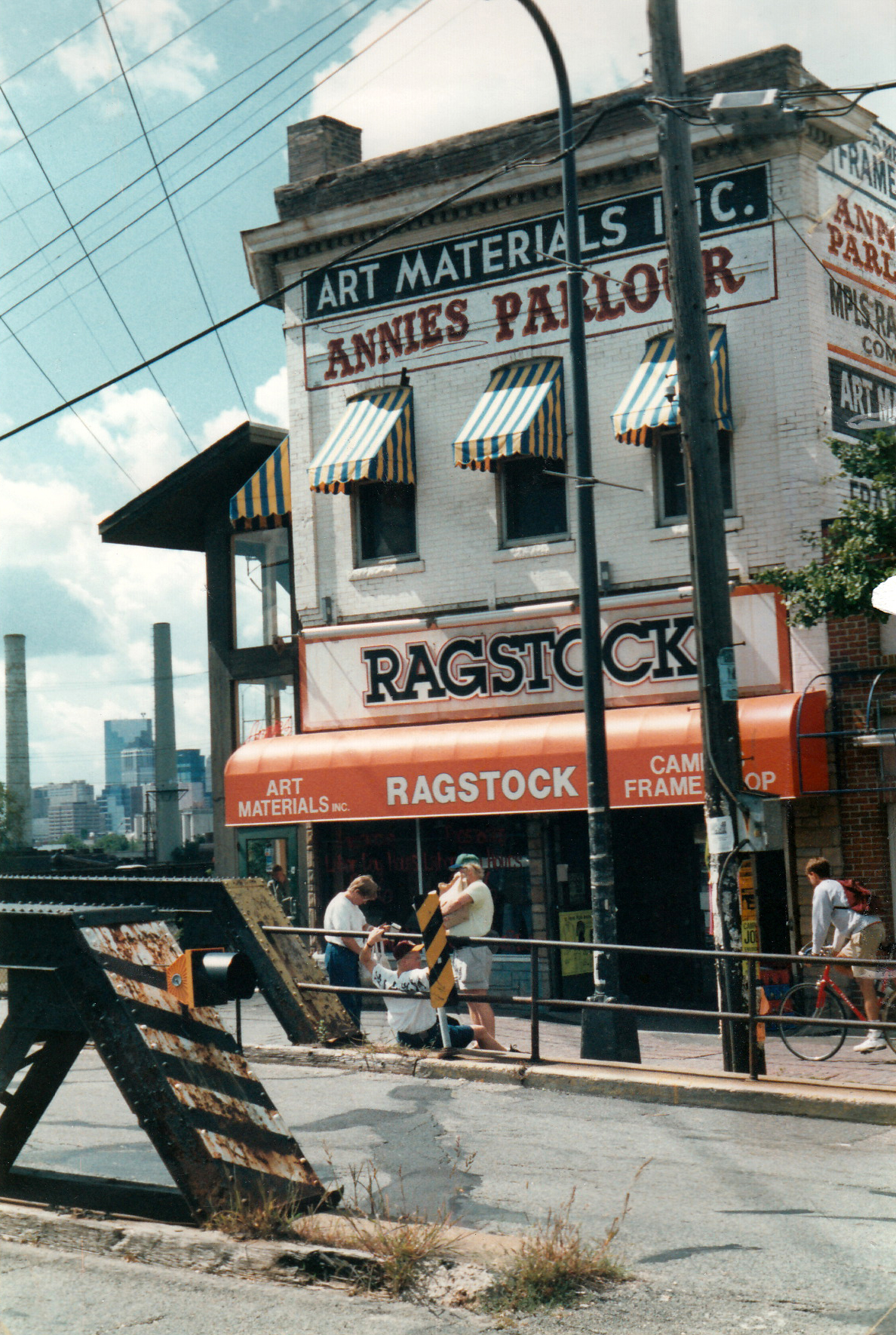 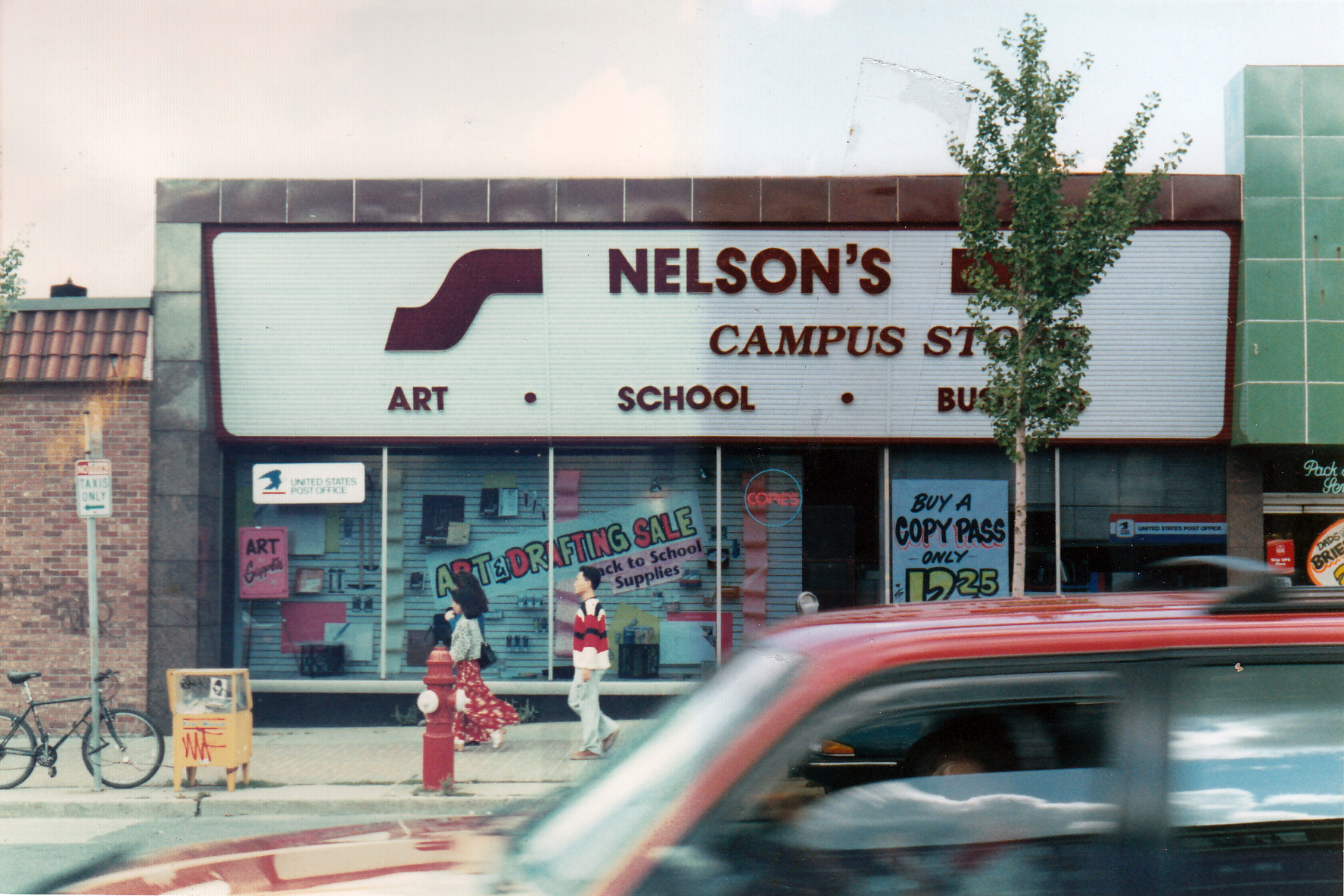 My cigarettes came from Gray's. 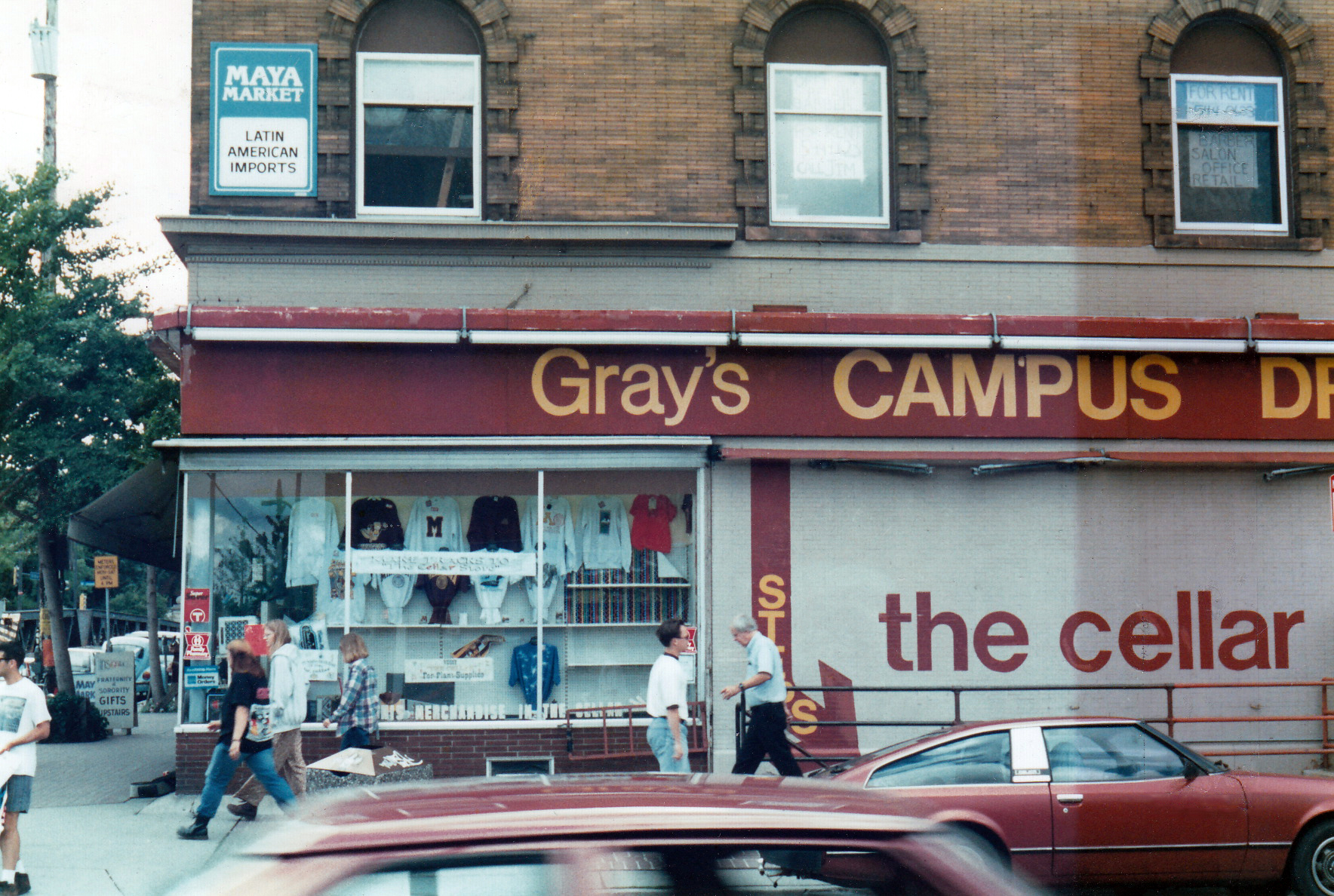 My most important friends came from the smoking section (the only section) of Espresso 22 in the Dinkydome (none of you need to see those pictures).
I'm not entirely convinced there was another version of Dinkytown before my time in the early 1990s. DId something happen before?
But I didn't just start a boring old job (you wouldn't believe my original job description)  on June 2, 2014. I started a wild ride with many of you. On my first day, I was asked by the Honorable Melissa Bean to attend a "Garden Party" in an alley a few blocks away from the office. I wasn't entirely thrilled to return to a work function later in the day, but I had to make a good impression on the new boss. I arrived, and was promptly told to walk down the alley—to face the Waldorf and Statler of the neighborhood. 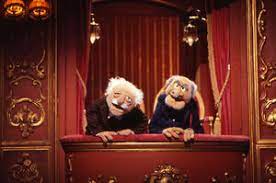 I was to be interrogated like I was a target of a Blade Runner's inquiry.
And that's when I met Doug Carlson (All Honor to His Name), and Ted Tucker (that guy). I wouldn't say we hit it off immediately. There was a fair amount of skepticism, curiosity, and plain ol' mocking going on. Toward me. I walked back to Melissa, reporting that I think I did "okay," unsure if I truly survived. 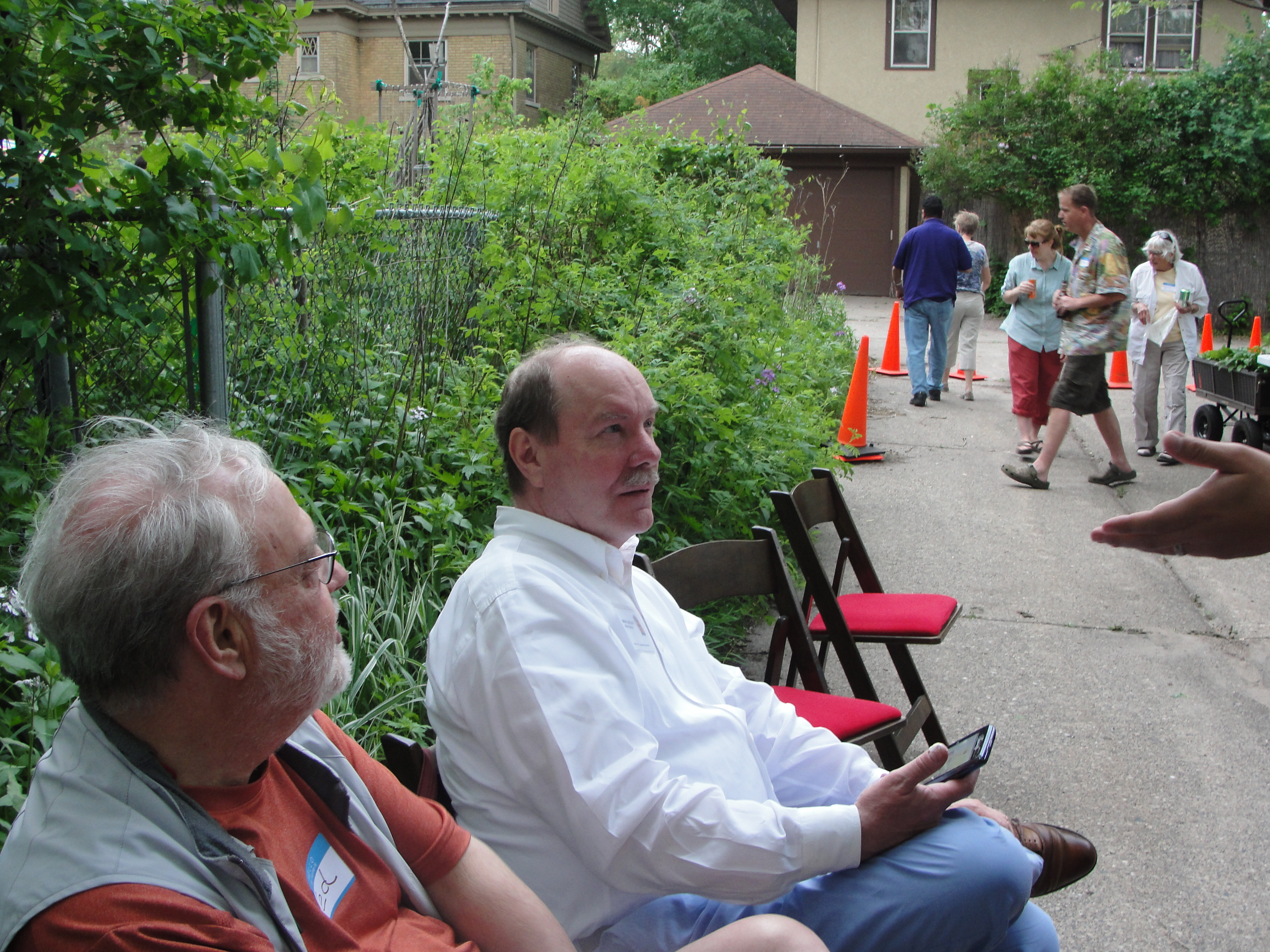 Ted Waldorf and Doug Statler, my weak, left hand on the right of the frame
June 2, 2014
But Doug and Ted, despite being leagues apart in so many ways, ended up being my staunchest allies. Doug would always give me those stupid endorsements on LinkedIn, and Ted, well, he still thinks LinkedIn is nonsense. But like Melissa, I think Ted figured I did somewhat have a grasp on the pleasantly intense beast that is Marcy-Holmes. They would invite me to lunch every week and would wait to see if I would order alcohol with them. I knew better than to drink around these two judgers.
I have a thousand and a half people that I should thank for believing in me, but I'd really be nowhere in this organization without the guidance, mentorship, and camaraderie of Melissa Bean and Ted Tucker. I have to throw Vic in here as well.
Ted and I got each other through the first and worst winter of COVID, drinking under odd heat lamps while seated in his cold ass chairs and fake heat blankets: 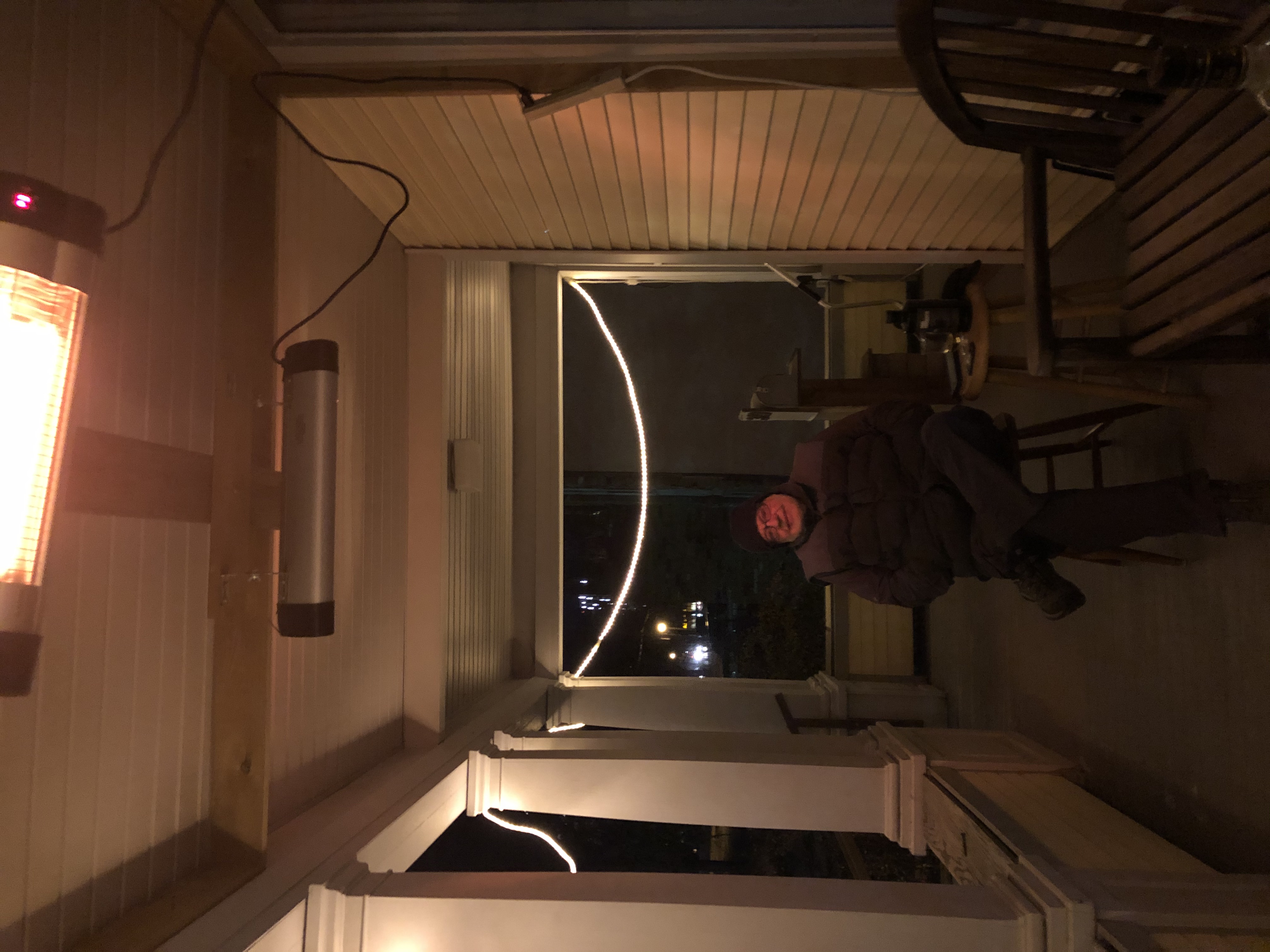 But we also socially distanced our companionship in the heat too: 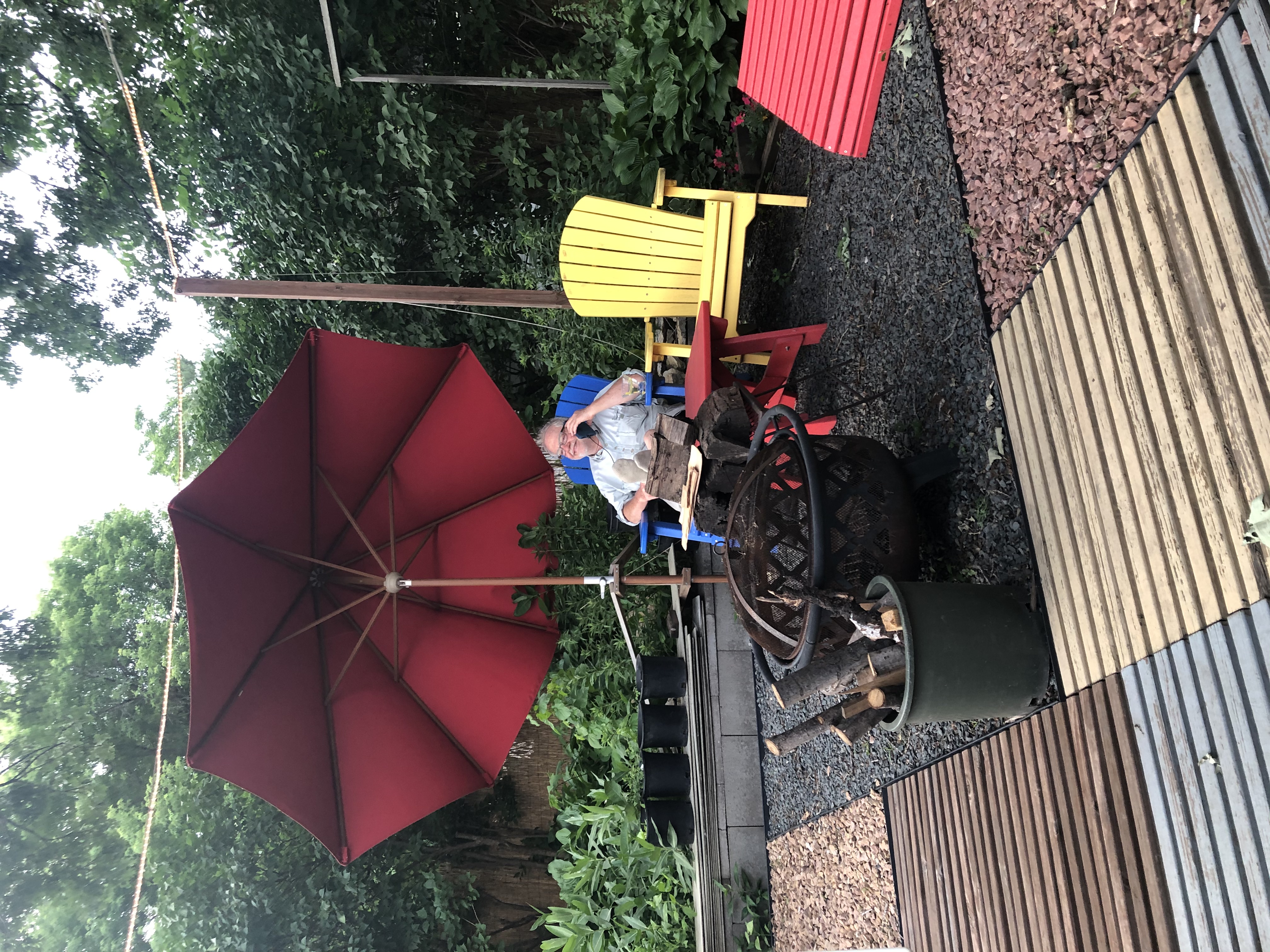 And if you're still reading these emails, Bob Stableski, I'm forever in your debt and you're always in my mind whenever I create a new system of doing things.
I'd truly be lost without my original guy, Bob Cooper. My respect and admiration for you is without bounds.
A final note:
I intentionally chose to write this note about the impact that this neighborhood has made on me and the rest of my family. I didn't want to talk about programs, projects, task forces or committees. I have no continuing input on those things. But I do want to ask that you support the staff I put in place over the past 5 months. Harper and Hannah are competent and capable individuals who care about doing a good job. Amy Arcand, your new Interim Executive Director, will help lead this organization into its next phase of governance and administration. Amy knows what she is doing.
Be well -